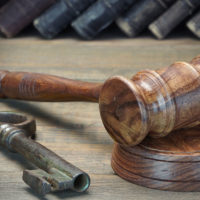 Foreclosures and delinquent mortgages hit impressive lows in 2015, both nationally and locally. South Florida saw major declines in both ratings, yet the area still lags behind national trends.

CoreLogic reported that the region saw greater declines in foreclosure rates than the nation as a whole from November 2014 to November 2015. The percentage of Broward County homes in foreclosure decreased by 2.01 percent, dropping from 4.56 percent to just 2.55 percent. Miami-Dade also saw a decrease of 1.68 percent. In Palm Beach County, the drop was more significant, from 3.49 to 1.95 percent.

These falling rates can be largely attributed to a stronger economy. Although the state of Florida still has a higher rate of foreclosure than the national average of 1.17 percent, this past year was certainly a step in the right direction. Assuming the economy continues to recover, South Florida residents can remain hopeful that matching the national average is on the horizon.

Also revealed in the report is a considerable drop in mortgage delinquency rates in the area, determined by the amount of loans which are a minimum of 90 days delinquent. The rate of delinquent mortgages in Broward, Palm Beach and Miami-Dade counties dropped 3.21, 2.79 and 3.42 percent, respectively. Palm Beach County still holds the lowest delinquency rates out of the three counties, with 4.75 percent. Though it’s a vast improvement, it still remains above the national average of 3.25 percent.

The area has the strengthened economy to thank for these improvements, as well. Additionally, stricter lending standards have also aided in dropping these rates. With stricter standards, borrowers who are likely to end up in delinquency are rejected early on.

These dropping rates are great news for homeowners. This trend promises a rise in property values that South Florida has been long awaiting. However, not everyone is out of the woods yet. If you’re struggling with a foreclosure or mortgage delinquency, set up a consultation with a Foreclosure Attorney in Boynton Beach today so that you can enjoy a bright future, too.