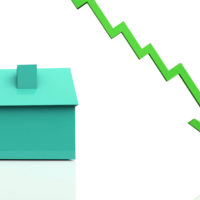 The good news just keeps coming for Florida’s foreclosure market. The numbers are in, and RealtyTrac has reported that South Florida’s foreclosure rate has dropped below what it was before the recession hit. In fact, more than a third of the markets which the organization evaluated have shown improvement beyond pre-recession levels.

Foreclosure activity taken into consideration in this last report includes default notices, scheduled auctions, and bank repossessions. RealtyTrac’s first quarter figures reveal that 10,000 homes in South Florida were undergoing foreclosure activity, compared to more than 58,000 during the Great Recession. The report also highlights other important trends, such as a 20 percent decrease in new foreclosures over the past year, and a nation-wide average reduction in time to foreclosure.

Why Things Are Looking Up

The organization has cited the improvements seen in the job market, as well as higher-priced homes, for the strong numbers. During the recession, unemployment rose while home values fell, causing many homes to go underwater. Today, although underwater homes are still a problem, the rising home prices are a clear sign of a stronger housing market.

However, one reason things might be looking up is not quite as positive. It has been suggested that some lenders could be waiting to proceed with foreclosures until the Florida Supreme Court determines whether they can act on older cases which were thrown out due to technicalities. The court is currently deliberating whether the statute of limitations for foreclosing expires, or if it remains through the entire life of the loan, as the Third District Court of Appeal ruled. In the event that they hold that the statute of limitations does not expire, it can be expected that foreclosure rates will see a slight increase.

In spite of the encouraging news, many Americans are still faced with foreclosure every day. For Florida, the fifth-highest ranked state for foreclosures, that threat is even more prominent. If you are dealing with a potential foreclosure, a foreclosure lawyer in Boynton Beach can help you make the best decision and secure the best outcome. Call a foreclosure attorney at Kelley Fulton Kaplan & Eller today to get started.