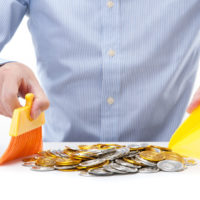 For celebrities, wealth typically comes with the territory — but that doesn’t mean that wealth always lasts. Even those who lead the most lavish lifestyles may find themselves in a situation that calls for them to file bankruptcy. The public loves celebrity gossip, so it’s no surprise that those in the public eye will be under more scrutiny when they file.

The Big Question: How can a celebrity go bankrupt?

Often when a celebrity files bankruptcy, the public is simply astonished. It’s not surprising, given that many celebrities (even those in genuine financial distress) often project an image of financial stability to the public. Take rapper 50 Cent – he recently garnered attention for posting an Instagram photo of himself surrounded by stacks of cash, even though he’s in the middle of a bankruptcy case. A judge responded by calling his transparency into question, and with good reason. He certainly wouldn’t be the first celebrity to commit bankruptcy fraud. But, this may just be an ill-advised publicity stunt. While it certainly sends a horrible message to fans, it does not equate to bankruptcy fraud.

The Balance Between Debt & Income

Believe it or not, even the wealthiest people in the world can rack up debts that they’re not financial able to pay back. Many will remember that M.C. Hammer filed for bankruptcy in 1996, in spite of once having an approximate net worth of $33 million. The reasons for filing are often the same as any average person, like spending beyond one’s means or a business venture gone wrong. However, there are some precedents for filing that celebrities are more likely to face, such as monumental lawsuits or placing trust in the wrong people. When a celebrity entrusts the wrong person to provide legal advice or to handle large sums of money, they can end up in a financial struggle they never saw coming.

The point is, wealth does not provide protection from bankruptcy. If you’re faced with financial troubles that mandate a bankruptcy filing, you should enlist the help of an experienced bankruptcy attorney. Everyone should seek out top-notch legal counsel when dealing with bankruptcy, famous or not. Contact the Boynton Beach bankruptcy attorneys at Kelley Fulton Kaplan & Eller to learn more about your options.

By Kelley Fulton Kaplan & Eller | Posted on April 8, 2016
« Scalia’s Impact on Business Law
The Role of Bitcoins in Bankruptcy »