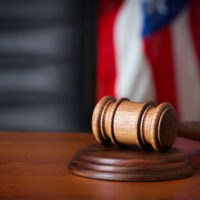 With the passing of Justice Antonin Scalia, many are reflecting on the role he played in shaping business law during his time on the bench. Scalia served on the U.S. Supreme Court from 1986 until he passed away on February 13, 2016. Throughout his time on the Supreme Court, Scalia played a critical role in cases which set powerful precedents for business law.

Scalia’s legacy in business law demonstrates the high value he placed on affording rights to corporations. During his time as a Supreme Court justice, Scalia formed a pattern of siding with corporations. For instance, in Walmart Stores, Inc. v. Dukes, Scalia wrote the majority opinion by ruling that the plaintiffs, all women suing the company for unequal pay and promotions because of alleged sexism, could not be certified as a class. The reasoning stated in the opinion was a lack of similarities between the individual cases.

His reputation for siding with corporations applied to cases involving consumers, as well. In At&T Mobility v. Concepcion, Scalia’s majority opinion ruled in favor of the company, which was being sued by a couple who had purchased “free” cell phones from AT&T, but were then charged a fee. According to Scalia, because the couple had signed a contract barring them from class suits or arbitration (even though other courts deemed this unenforceable), the couple could not proceed with the lawsuit.

Scalia also played a key role in changing the way political campaigns are run. In Citizens United v. Federal Election Commission, he was part of the 5-4 majority that overturned the ban on unlimited corporate political campaign contributions. According to the majority, the ban was unconstitutional under the First Amendment. Scalia’s opinion declared that the First Amendment didn’t permit the exclusion of a corporation’s speech. Therefore, corporations have the right to contribute to the political campaigns of the company’s choosing, just as individuals. With this decision, Super-PACs were born, allowing companies to provide candidates with unlimited financial support.

It’s undeniable that Scalia leaves behind a long legacy of decisions that strongly impacted business litigation. As Boynton Beach business litigation attorneys, we always take into consideration the impact of those that help to shape our legal arena. If your business is in need of legal guidance, set up a consultation today.