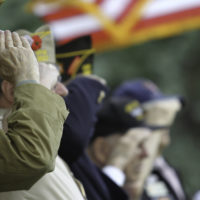 Returning home from active duty is a challenge most Americans do not truly understand, so it is easy for military personnel to feel left to their own devices. Given the difficulty the transition presents, the government affords certain protections to service members in an effort to make the transition smoother. The Servicemembers Civil Relief Act, which provides veterans with protection from foreclosure proceedings for one year, was recently extended through 2017 by the Senate. The bill, which was originally signed back in 2015, allows service members to get finances in order upon returning to civilian life.

The extension of this bill is one of several measures taken to ease the financial transition for veterans coming off active duty. One of the most effective initiatives introduced is the opportunity to obtain VA Loans through the U.S. Department of Veterans Affairs. These loans, afforded under the GI Bill of 1994, are a powerful tool for veterans to use to purchase a home. However, there are some misconceptions about these loans that hinder veterans from benefitting from them. While some of these myths may have once been rooted in truth (though not most since the program’s inception) the process for applying for and receiving VA loans has improved greatly over the years. Today, these concerns hold no water, and VA loans boast the lowest foreclosure rate in the U.S.

Getting the loan is hard

These loans are actually relatively easy for veterans to get. To be approved for a VA loan, a fair credit score is the only requirement a service member needs to meet. Many people believe these loans come with a plethora of government restrictions which slow down approval, but the truth is a VA loan is typically approved in less than two weeks. Closing times are on par with the national average for other similar loans, while the success of closings is much higher with loans distributed by the VA.

The belief that VA loans are risky and without benefit could not be further from the truth. On the contrary, these loans allow buyers to give a little, and get a lot. The loans require no down payment, and instead just an upfront funding fee. While the fee (typically 2.15 percent of the loan amount) is hard for some to swing upfront, the payoff over the life of the loan is worth it. Since the loans do not require a downpayment, the VA was able to allow its borrowers to save an estimated $44 billion last year.

Quite possibly, the biggest reward a VA loan presents is a far decreased likelihood that a veteran’s home will be foreclosed on. In fact, in 2015, more than 90,000 veterans steered clear of foreclosure thanks to VA loans. By virtue of having a team which has established helpful guidelines for spending, and that addresses potential financial struggles at the first sign, these loans are surely a safe bet.

For veterans and civilians alike, facing foreclosure is hard. If you think foreclosure might be in your future, or know with certainty that it is, you probably have plenty of questions. Luckily, the Palm Beach foreclosure attorneys at Kelley Fulton Kaplan & Eller have answers. Call today to learn more about your rights, your options and the foreclosure process.