Is the End of the Foreclosure Crisis Near? | Kelley Fulton Kaplan & Eller 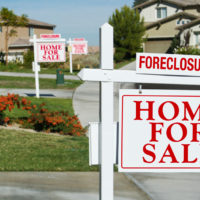 In spite of the progress made in recent years, the foreclosure crisis is far from over. After nearly ten years, foreclosure is an issue that continues to plague homeowners across the country.

A Timeline of the Crisis

As most Americans know, the Great Recession of 2007-09 came hand in hand with a major housing bubble burst. Both of these catastrophes ushered in the foreclosure crisis that is still felt today. However, that is not to say headway has not been made to end it. At one of the country’s lowest points this decade, one out of every 248 homes was somewhere in the foreclosure process. Encouragingly, the latest reports (February 2016), show that only one in every 1346 homes in the U.S. were in foreclosure. That said, the country is still reeling from the six million homes lost to foreclosure since the crisis began, and one million homeowners are still stuck in the foreclosure process today.

A shocking 30% of homeowners in the U.S. are in effective negative equity, meaning they do not have the equity necessary to sell their home. Still today, 13% of the country’s homes are underwater, a number which has actually been on the rise as of late. Current foreclosure rates can also be tied to homeowners re-defaulting on mortgages which were already modified, which is likely linked to the growing rates of underemployment. While unemployment has steadily dropped, more and more Americans are not making enough money to keep up with the rate of inflation. Due to this recent phenomenon, a lot of people claim to have very small emergency funds or none at all. What often happens in those cases is that when an emergency strikes, foreclosure follows.

If you are going through foreclosure, or think one may be in your future, a Boynton Beach foreclosure attorney can help you through it. Call the Kelley Fulton Kaplan & Eller experts in foreclosure defense today to find out about all the options available to you.