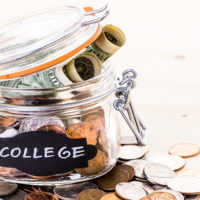 $276,434.80 – that is how much money the Wall Street Journal is reporting has been returned to college graduates whose parents filed for bankruptcy since 2014. Under U.S. law, bankruptcy filers are allowed to sue for a return of funds spent which did not yield a “reasonable equivalent value.” Though it is up for debate whether funds spent on one’s child’s education classifies as such, many universities are reportedly opting for out-of-court settlements of the tuition money, rather than a costly court battle.

The trustees representing the parents who have been afforded the returned tuition argue that the repayment of loans taken out for a child’s education was a major factor in the parents’ subsequent bankruptcy. They have maintained that rather than paying for their children’s education, the parents should have been paying their personal debts. In support of this, some experts are citing a parent’s tendency to overlook his own well-being in favor of protecting the well-being of his child, as the reasoning for leading oneself into what some might call optional financial distress. The rise of parents supporting children financially after they graduate high school has also been pointed out as a contributing factor.

In spite of the growing number of funds which have been awarded outside of court, this argument still being debated by lawmakers and universities alike. In fact, four federal lawmakers have shown support for a bill proposed by Rep. Chris Collins in May 2015, which would prohibit trustees from filing this type of suit. Even some of the universities that have settled out of court have made clear their expectation of repayment. For instance, Quinnipiac University stated in the settlement that it still holds the right to collect the $17,000 from the couple’s daughter, and withhold her transcript if payment is not made. In spite of any opposition, more universities are expected to pay up outside of court in the near future. Thus far, the trustees’ argument that parents in financial distress simply cannot afford to repay debts taken on out of love for their children has seemingly held up.

If you are struggling with bankruptcy, you are never without options. A Boynton Beach bankruptcy attorney at Kelley Fulton Kaplan & Eller can advise you of your best course of action. Call today to learn more.