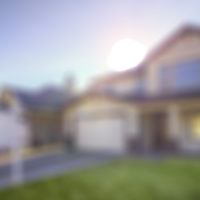 The zombie home epidemic in Florida does not seem to be letting up any time soon, and Florida Congressman Alan Grayson has had enough of it. Zombie homes are those for which the foreclosure process has yet to be completed on, so they remain vacant and unmaintained. Grayson’s proposed legislation is aimed at increasing penalties for those contributing to the problem, in an effort to end it altogether.

The Problem With Zombie Homes

The most recent data from RealtyTrac shows there are an estimated 1.5 million zombie homes throughout the country, and Florida consistently ranks in the top ten contributors to that number. Zillow.com reports that the Tampa Bay area alone is home to 348 zombie homes.

Why is this such a pressing issue, you ask? When a house remains vacant and unmaintained for an extended period of time, it contributes to the devaluating of the properties around it. In addition to damaging home values in the neighborhood, these homes also serve as magnets for criminal activity and are simply eyesores for anyone living nearby. There are no benefits to keeping a zombie home, other than the bank saving a few bucks on upkeep.

Grayson’s Zombie Property Relief Act of 2016 serves to tackle the problems zombie homes present. This Act would give the Consumer Financial Protection Bureau the right to dish out fines to banks that do not maintain homes which are being foreclosed on. The CFPB would be able to fine a financial institution up to three times what maintaining the home would have cost. If this legislation passes, banks will be far more likely to bear the cost of the property’s upkeep — keeping neighborhoods from suffering from this sort of negligence.

If you are facing a foreclosure, do not do it alone. The right West Palm Beach foreclosure attorney will ensure that your rights are protected throughout the process. Call the team at Kelley Fulton Kaplan & Eller today.