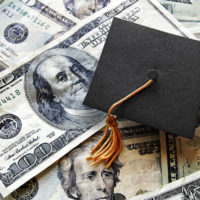 Student loan debt remains a serious struggle for many Americans. More people are defaulting on their student loans and, according to data collected by the Federal Reserve Bank in New York, the amount of student loan debt continues to grow. In 2016, the level of student loan debt in the United States reached a record high at $1.3 trillion. This marks the 18th consecutive year with a cumulative increase in nationwide student debt. However, some lawmakers have introduced a bill that aims to help those burdened most severely with student loan debt.

As it stands now, student loan debt cannot be discharged when a debtor files for personal bankruptcy, in most cases. With the help of knowledgeable Florida bankruptcy lawyers, a debtor can prove undue hardship to discharge their student debt, however, bankruptcy courts rarely approve such discharges. The Discharge Student Loans in Bankruptcy Act (H.R. 2366) aims to solve this hurdle.

Introduced on May 4, 2017 by Representative John Delaney of Maryland (D), the bill has the bipartisan support of seven other Democratic representatives and lead Republican co-sponsor Representative John Katko of New York. The bill proposes amending title 11 of the United States Bankruptcy Code to make student loan debt dischargeable in personal bankruptcy. If the legislation is passed, borrowers who need relief from overwhelming student debt can access it with a bankruptcy discharge.

Rep. Delaney tried to introduce a similar bill in 2015 but it failed to be enacted by Congress. According to the Maryland representative, student loan debt drags down economic growth in the U.S. and multiple policy reforms are needed to resolve this crippling issue. At the very least, relief should be provided to borrowers who choose the “last resort” option of filing for bankruptcy. These borrowers face extreme financial difficulties and should qualify for a bankruptcy discharge of their student debt — to have the financial fresh start expected from filing personal bankruptcy.

At Kelley Fulton Kaplan & Eller, our seasoned Florida bankruptcy lawyers are committed to helping our clients achieve that financial fresh start. We keep up with the recent legal news concerning our practice areas and will continue to watch over this important bill. If you are considering filing for personal bankruptcy, call(/contact-us/) us today for a consultation.