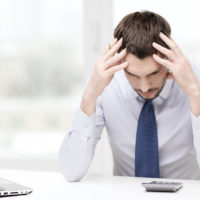 A popular belief is that if you want to know what will happen in the future, you must look at the past. This theory couldn’t be more accurate with the recent wave of bankruptcies for these three similarly anachronous companies.

The first of the bunch is SkyMall, which many of us remember from the 1990s when technology wasn’t capable of retaining our attention as much as it does today. When the in-flight catalog first launched, it was a huge success. Finding off-the-wall home accessories and trinkets was amusing, and kept people talking about it long after they boarded off the plane. As you can probably guess, the evolution of the Internet made it easier to find all the wacky accessories a heart could desire, so SkyMall became a thing of the past.

SkyMall’s assets were recently distributed through a bankruptcy sale for $1.9 million. C&A Marketing bought the assets with the goal of taking the brand back to their original concepts of selling travel products that are original, entertaining, and au courant.

Similarly, Thane International is the creator of many “As Seen on TV” gadgets that caught the attention of captive audiences globally through half-hour infomercials. There was a time when this company could expect a return of $10 for every dollar they invested in their television slots, but now they consider themselves lucky if they make any profit.

By now, you may be thinking that the problem is the medium these companies relied on to sell their products, but Quirky dispels that theory. This company started as a web-based company in 2009, and allowed the community to submit inventions through their “idea factory.” Like its predecessors, it had a couple of hits, including the CitiriTwist and Porkfolio.

Quirky’s recognition grew quickly and prompted The Sundance Channel to create a show around the company, following it around as they put together inventions. They blame the company’s downfall on spreading itself too thin by focusing on producing too many new products at once, instead of focusing on a handful.

Both Thane International and Quirky have met the same bankruptcy fate this year. From the looks of it, Thane will sell its assets for about $50 million. Quirky sold its subsidiary, Wink Smart Home, for $20 million, but is planning for an opening bid of $2.3 million for its intellectual property.

It’s unlikely that these brand names will disappear, similar to The Sharper Image which continues to sell branded items through its online store, these companies will survive in some capacity. This is fairly common with businesses that file bankruptcy and are sold or reorganized.