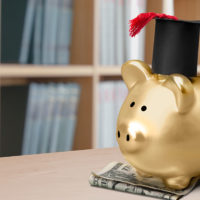 With the overwhelming amount of debt facing graduates today, it has become a popular belief that student debt  is having adverse effects on the housing market. However, according to a recent report by University of Michigan economics professor Susan Dynarski, the information which has led many to believe this to be the case flaunts inaccuracies.

The Truth of the Matter

Dynarski recently brought to light that the Federal Reserve Bank of New York’s data that has been presented as proof that student debt has brought down home ownership levels failed to highlight much more relevant findings. The data showed a significant bridge between homeownership rates of those who did and did not take out student loans, but did not specify whether the individuals in question attended college or not. In doing so, the reports placed college graduates who did not take out debt in the same category as those who had never attended university. The conclusions drawn from this data that the presence of student debt makes one less likely to own a home is misleading if one does not factor in how the achievement of a college diploma affects homeownership as well.

The Power of a College Education

The most recent statistics on this subject reveal that those who graduated from college are far more likely to own a home than their peers who opted not to attend university. That is not to say college debt does not pose some issues when trying to purchase a home. Student loans are definitely a significant struggle facing most college graduates today. Yet, once those loans are repaid (which typically occurs around the age of 30) the graduate has the upper hand in obtaining a home loan compared to someone without a college degree. The Board of Governors of the Federal Reserve System’s study showed that by age 30, individuals with a college degree are 14 percent more likely to have a home of their own than high school graduates.

If you are struggling with student debt that has threatened your financial stability, you are certainly not alone. Call a West Palm Beach student loan attorney at Kelley Fulton Kaplan & Eller today to learn about your options.

By Kelley Fulton Kaplan & Eller | Posted on July 18, 2016
« What Is in a Contract?
Do Not Fall Victim to Predatory Lending »