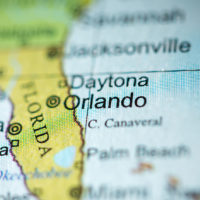 The housing market is a key financial indicator of the overall nation’s economic health. A review of 2015’s foreclosure activity points toward improvement of the economy, as we reach numbers that had not been seen in nearly a decade.

The 2015 U.S. Foreclosure Market Report™ shows that foreclosure filings, default notices, scheduled auctions, and bank repossessions, fell by 3 percent in a year-over-year comparison to 2014, totaling 1,083,572 properties. To put this figure into perspective, foreclosures are down 62 percent from the 2006 peak of 2,871,891 U.S. foreclosures.

“In 2015 we saw a return to normal, healthy foreclosure activity in many markets even as banks continued to clean up some of the last vestiges of distress left over from the last housing crisis,” said Daren Blomquist, vice president at RealtyTrac. “The increase in bank repossessions that we saw for the year was evidence of this cleanup phase, which largely involves completing foreclosure on highly distressed, low value properties.”

However, it is noteworthy to mention that some localized regions experienced increased foreclosure activity due local economic setbacks. “Examples of this are Atlantic City, New Jersey, which posted the nation’s highest metro foreclosure rate for the year, along with several heavy oil-producing markets in Texas and Oklahoma where foreclosure activity increased in 2015, counter to the national trend,” added Blomquist.

Unsurprisingly, Florida remains on the top 10 list of states with highest foreclosures, landing in second place with 1.77 percent of housing units in foreclosures. Even though the state represents nearly double the average rate for the nation, Florida has come a long way in the most recent years.

Foreclosures continue to decline, but there are still many families that have not entirely recovered from the height of the recession with properties that remain underwater in the South Florida metro areas. If you want to learn more about your West Palm Beach foreclosure options, the Kelley Fulton Kaplan & Eller team encourages you to make an appointment today.