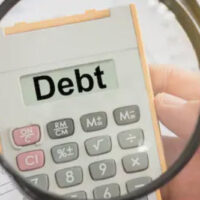 If you are in debt, bankruptcy can be a good solution for you. But how in debt are you? Do you really owe what that creditor is saying you owe? Unfortunately, because of the rise of so many debt collection telemarketing scammers, many people are bombarded with scams or fake threats for money that the consumer doesn’t owe.

Of course, if you do owe money to creditors, bankruptcy may be an option. But you don’t want to file for bankruptcy because of debts that you thought you owed because of lies told to you by telephone scammers.

How can you tell the difference between a real debt collector and a scammer? There is no one sure-fire way—but there are some tell-tale signs that the company on the other end of the phone is a scammer.

The threats are “over the top” – Many scammers operate from boilerplate call centers, or foreign countries. As a result, they are under the radar, and it is difficult to sue them, and they know that. As a result, they will make crazy, outlandish threats that almost no legitimate debt collector would make. One company even pretended they were the FBI in trying to scare consumers.

For example, they may threaten to arrest you tomorrow. They may say the police are on the way. Anything to scare you they’ll say. Remember if it sounds super scary—it may be a scammer.

They don’t have details about the debt – Most debt collectors have some general information about the debt—when it was incurred, how many days late it is, who the original creditor is. When a collector doesn’t have that information, or refuses to give it to you, it could be an indication of a scammer.

They won’t verify your information – For fear of getting sued, most legitimate debt collectors will verify your date of birth, Social Security number or other type of ID before discussing debt with you. Scammers, unafraid of the law, usually will just start discussing the “details” of the debt without such verification.

They won’t accept different forms of payment – Most debt collectors want to be paid, and they don’t care how. Scammers however will request that you only pay by electronic transfer, or by money order, or other method – but they won’t have any flexibility and you won’t have a lot of options how to pay. Legitimate collectors have multiple ways for you to pay the debt.

Check your credit report – Most legitimate creditors will report your debt to your credit. Scammers usually won’t. Ask the scammer if the debt has been reported, and what their company name is.

If you’re in debt bankruptcy may be an option to stop the debt collection calls. Call the West Palm Beach bankruptcy lawyers at Kelley Fulton Kaplan & Eller at 561-264-6850 for help.

By Kelley Fulton Kaplan & Eller | Posted on February 8, 2021
« Exempting Florida Annuities
Exemptions You May Not Have Known Existed »