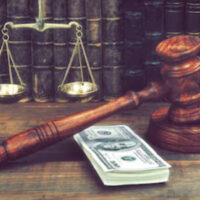 Annuities can be a good, safe way to keep money for the long term, such as for retirement, because Florida, like many states, exempts annuities from ever being taken by the trustee. However, problems with bankruptcy protection can arise when annuities are transferred, or the benefits are paid to someone other than the policyholder.

What is an Annuity?

An annuity is a type of safe investment, where proceeds are put into an account, and the beneficiary is paid on the interest. There is usually a steep tax penalty for taking out any of the principal of the annuity. Annuities are often set up to ensure continuing payments can be made on lawsuit settlements, insurance proceeds, or large inheritances.

Although many states have laws about the kinds of annuities that are exempt, Florida generally exempts all annuities. However, you should make sure that your investment is actually an annuity—many people will call an investment an annuity, when in reality, it is a different kind of investment.

In order for an annuity to be exempt, however, you (the person filing for bankruptcy) must be the beneficiary. Usually, that’s not a big problem. Most people who set up annuities set themselves  up as the beneficiary. However, there are situations where someone else could receive the payments or other benefits that come with an annuity, and that’s where problems can arise.

Who is a Beneficiary?

That problem can arise in a divorce where there is annuity. Imagine a situation where a spouse receives payments from an annuity pursuant to a divorce decree—but the annuity is still technically in the name of the other (former) spouse.

In that case, the question often becomes how to interpret “beneficiary.” Is the legal beneficiary of the proceeds from the annuity the person entitled, under the terms of the annuity, to receive the payments? Or the spouse that the court has ordered is eligible to receive payments? Because the law doesn’t specifically say what an annuity beneficiary is, this question is often open to interpretation by the courts.

At least one Florida court has said that if you receive the payments, you are the beneficiary, even if the policy is not in your name – meaning that the bankruptcy exemption for annuities is broader.

The real question is: if payments under the annuity stopped, would the person receiving the benefits be able to sue? If so, then that person is the beneficiary, and the annuity is exempt from bankruptcy.

For example, if you own an annuity and give your friend or significant other the proceeds, the annuity may not be exempt, because there is no legal right for the recipient of the funds to get the proceeds. However, if a divorce decree said that the payments on an annuity had to be paid to the former spouse, the former spouse could sue if those payments stopped, thus making the annuity exempt if the recipient spouse ever filed for bankruptcy.

Call the West Palm Beach bankruptcy lawyers at Kelley Fulton Kaplan & Eller at 561-264-6850 to help you protect your assets to the extent possible in a  bankruptcy.