Exemptions You May Not Have Known Existed 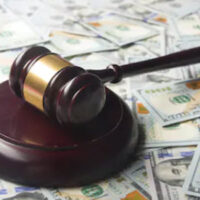 Some of these exemptions are well known, and we have written about in the past, such as Florida’s generous homestead exemption or the exemption that allows you to keep between $1,000 and $4,000 of personal goods.

But there are a lot of other, less used and less known exemptions that can also help you keep property when you file for bankruptcy.

Alimony and Child Support – Money or payments made towards domestic support is exempt from being taken or garnished by the bankruptcy court.

Annuities – Annuities can be a great asset protection vehicle. However, there are a number of different annuities, and some are exempt but some are not. Florida’s laws are very liberal, and allow for exempting almost any type of annuity. However, the annuity must be set up before you file for bankruptcy.

Life Insurance Proceeds – These proceeds are exempt. The cash value of life insurance is also exempt, but only the cash value that exempts the debtor’s own life. The debtor could not exempt the cash value of a policy that he owned on a husband, wife, or child.

Prepaid College – Prepaid college plans, often called 529 plans, are protected from creditors. However, it must be a valid 529 plan—simply putting money aside in your own bank account and saying it’s a savings for college will not suffice to get the exemption.

Social Security Income – As a general rule, income received from Social Security is exempt, even after it has been deposited in your account. Remember that this is only for bankruptcy—the government can take some of your Social Security income to satisfy certain debts, such as tax debts, or child support.

Pensions – Almost all pensions are exempt, including tax exempt retirement accounts, IRAs, county and state officer pensions, firefighters and police officers, teachers, and other retirement accounts that are ERISA based (generally, given or provided to you through an employer).

Military deposits – Deposits into accounts by service members who are on duty outside of the United States are exempt.

Unearned Service Contracts (executory contracts) – If you were paid “in advance” in return for service—in other words, unearned wages—the money received by you is generally considered exempt, so long as you have not completed the job or task that is required for you to legally be able to keep in the money. In other words, if you may have to return the money for nonperformance of a service, the money cannot be taken.

If you’re in debt bankruptcy can help. Call the West Palm Beach bankruptcy lawyers at Kelley Fulton Kaplan & Eller at 561-264-6850 with any questions that you may have.

By Kelley Fulton Kaplan & Eller | Posted on February 10, 2021
« Debt Collection: Don’t Get Scammed
What is the Automatic Stay? »