Bankruptcy in the News 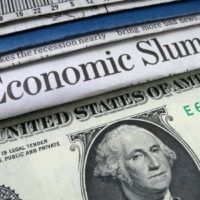 The “B” word: a word that scares many people so much that they refuse to say it, but in reality, bankruptcy is extremely common. While most think that bankruptcy will ruin them, it actually can be beneficial in providing relief for many individuals and businesses.

Bankruptcy can be a difficult pill to swallow. For some individuals, filing for bankruptcy means admitting defeat, but it’s simply just a way to eliminate your debt or find out ways to reduce payments and conquer financial struggles without losing everything.

Understanding how bankruptcy works can help you decide if it is a viable option for you or your business. There are several different types of bankruptcy, which includes Chapter 7, Chapter 13, and Chapter 11.

Chapter 11 allows businesses, or qualified individuals to determine a plan to repay some of the debts, surrender some of the non-necessary assets or surrender leases and contracts that aren’t necessary.

Chapter 13 is a three- to five-year repayment plan, which will allow individuals who have a regular income to repay the debts. In a way, this gives individuals and businesses a second chance.

Chapter 7 is one of the most common forms of bankruptcy, which allows most debts to be discharged, but all non-exempt assets will be liquidated. Although in the state of Florida, many laws provide substantial protection to individuals who are in debt.

Before you feel like you’re alone in dealing with bankruptcy, let’s look at these well-known businesses who have been struggling financially.

RadioShack : RadioShack, an electronics store that has been around for approximately 94 years, has filed for Chapter 11 bankruptcy. This means they will be closing at least half their stores, but they have signed an agreement with Sprint, who will take over approximately 1,900 of the franchise’s locations.

The store is said to be getting $275 million in debtor-in-possession financing.

Caeser’s Palace : The infamous Caeser’s Palace in Las Vegas, Nevada, recently filed for Chapter 11 bankruptcy. This is one of the largest casinos in the United States. The casino is hoping to cut at least $10 billion in debt, which would relieve the business of its $18.4 billion debt.

Although Caeser’s Entertainment Company will not be closing any of its casinos, it does plan to split the company into a casino company and a real estate investment trust.

Atlantic City :  Although nothing has been confirmed for this huge gaming resort, Atlantic City has also had public discussions on whether or not the city should be filing for bankruptcy. Rumors have suggested that the city hire the same bankruptcy lawyer who represented the city of Detroit.

Because more casinos are being established in various areas of the United States, this has turned many of the city’s visitors away. While the casinos aren’t to blame for the city’s debt, the city must repay a bridge loan of $40 billion provided by the state.

Don’t Wait Until it’s Too Late

Hiring a bankruptcy lawyer in South Florida can give you one of the best advantages you’ll have if you are looking to file for bankruptcy. The Law Office of Kelley Fulton Kaplan & Eller knows how difficult of a time this can be, and we understand what it is you’re going through. We will do whatever is necessary to ensure you receive the best possible outcome. Don’t wait until it’s too late—contact us online or at 561-264-6850.

By Kelley Fulton Kaplan & Eller | Posted on March 3, 2015
« Business Bankruptcy
List of Professionals You Need When Selling a Business »