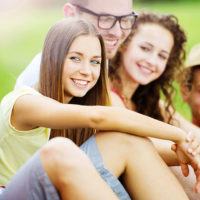 One of the most frustrating occurrences after graduating college can be your inability to obtain your transcripts from the university you attended. This can happen when a student has student loans in default. A common procedure that may force a university to relinquish your transcript is filing for bankruptcy.

A university policy of holding students’ transfers as a penalty for not paying debts is backed by the Department of Education in most states. States such as Florida, for instance, have specific laws in place that apply to state schools. These legally allow the university to hold onto transcripts and prevent a student from obtaining them under a court of law.

In order to circumvent this action, a student may file for bankruptcy, in which case he is legally entitled to obtain his college transcript. This is due to the automatic stay provision in bankruptcy law, which is defined as “an automatic injunction that halts actions by creditors to collect debts from a debtor who has declared bankruptcy.” Additionally, this goes into effect as soon as bankruptcy is declared. Since withholding a student’s transcript falls under the scope of “an action by creditors to collect on debts,” the transcript must be turned over to the student who has filed bankruptcy. It should also be noted that a student must obtain his transcripts between the time he files for bankruptcy and the time he receives his discharge, which in Chapter 7 cases can be as little as 90-120 days. In order to make sure the proper steps are taken, it is best to consult an experienced bankruptcy lawyer in West Palm Beach before taking any action.

Student loan debts plague many people because they find themselves unable to keep up with the high payments. If this sounds like you, Kelley Fulton Kaplan & Eller would like you to know that you are not alone. If you want to find out more information about bankruptcy and learn about the best course of action moving forward, we invite you to schedule an initial consultation with a reputable bankruptcy lawyer in West Palm Beach today.