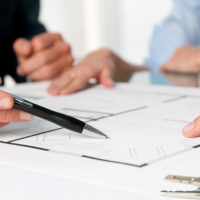 Business owners can breath easier and rejoice over the latest news.  As the economy further rebounds from the happenings over the previous decade, businesses will continue to reap the benefits.

Ken Thomas, independent bank consultant and economist, believes that the drop is due to the thriving health of South Florida’s local and statewide economic situation.

“People are working,” he says, “So there’s more disposable spending, which affects our businesses. Businesses are dependent on the state of consumers, and many small businesses which may have been on the edge over the past year or so have had the opportunity to turn around.”

Thomas also states that it is not simply businesses winning in this particular situation. He asserts that the government is also a beneficiary, citing that with economic success comes a reduction in crime and the certainty that more citizens will be able to pay their taxes.

If you find yourself contemplating bankruptcy and would like advice on how to best move forward, Kelley Fulton Kaplan & Eller can certainly help. No matter if you are a business or an individual who has encountered financial troubles, it is imperative that you understand all of your options moving forward. In many cases, filing for bankruptcy can be the best plan of action. We invite you to schedule an initial consultation with an experienced bankruptcy lawyer in West Palm Beach today and let us get better acquainted with your individual situation.