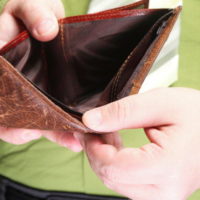 For years those filing Chapter 7 bankruptcy could not have a second mortgage stripped away. Like their secured first mortgage, that loan had to be paid and kept current. However, a ruling by the 11th Circuit Federal Appeals Court in May, 2012 concerning the case In re: McNeal changed the landscape. In McNeal, the Court ruled that an unsecured second mortgage under a Chapter 7 bankruptcy could be stripped, which means the homeowner would no longer be responsible, the debt will be discharged and the lien will be satisfied. Since this decision is an 11th Circuit Federal Appeals case, this ruling only pertains to and affects Debtors filing within the 11th Circuit. In other jurisdictions, the rule against stripping liens in Chapter 7 remains unchanged.

Formerly, those filing for Chapter 13 bankruptcy, which involves an individual devising a three- to five-year repayment plan for their debt, could have their second mortgage stripped if certain provisions applied. First, their home would need to be worth less than their first mortgage balance. If that was the case, the person filing for Chapter 13 would file for bankruptcy and once it was granted, the debtor could filed a petition requesting that the second mortgage be stripped. Once they successfully completed the repayment of their debt over the prescribed time period, the second mortgage would be stripped. With Chapter 7, due to its nature, the process is a bit different and more immediate…Read More

Having your second mortgage stripped under Chapter 7 offers numerous advantages over Chapter 13. The process of stripping the mortgage is much more immediate and Chapter 7 bankruptcy is far less complicated that Chapter 13. This ruling gives those filing for Chapter 7 a major advantage.

After filing their Chapter 7 petition with the court, the debtor is usually awarded their bankruptcy within 90 days. At that time, the second mortgage is discharged along with credit card debt, unpaid medical bills, and other debts. Thus, the debtor does not have to wait to have the second mortgage stripped. Other advantages include the fact that Chapter 7 is quicker and less costly than Chapter 13. ..Read More

Having a second mortgage stripped in a Chapter 7 does not in any manner put the homeowner’s interest in the home in danger. Under a Chapter 7, that debt has been eliminated. However, as it has been before, in order to stay in the home, the homeowner must remain current on the payments of the first mortgage. Thus, it is important to pay your first mortgage in a timely fashion.

Filing for bankruptcy should never be taken lightly. However, there are times when bankruptcy is the best option, as it allows those who are deep in debt to regain their fiscal footing and take advantage of being given a new start. If you have questions about Chapter 7 or Chapter 13 bankruptcy, including how the decision on unsecured second mortgages by the 11th Circuit Federal Appeals Court might affect you, contact The Law Office of Kelley Fulton Kaplan & Eller today at 561-264-6850. We will be glad to discuss your situation with you.