The Role of Shareholders in Bankruptcy 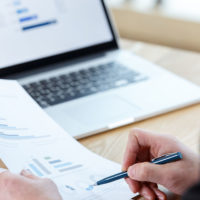 It is not at all uncommon for a business to incur financial troubles over the course of its life. Sometimes, these troubles warrant a bankruptcy filing. Unlike with personal bankruptcy, the list of people affected when a company files bankruptcy typically goes far beyond just one individual. At minimum, this list will include the business owner, employees, and customers. In many cases, this list also includes shareholders. So what role do shareholders play in a bankruptcy filing? But more importantly, how does the filing affect them financially?

How Bankruptcy Affects a Shareholder

As is the case with most issues related to bankruptcy, the shareholder’s role in a bankruptcy is largely dependent on the chapter under which the business filed. If Chapter 11 was filed, the risk to the shareholder’s investment is less significant. Stock for the company is frozen and unable to be traded as the company restructures. Although speculative, it is reasonable to believe, that the stock will lose at least some value once the freeze is lifted.

The stockholders’ interests may represented by a committee in bankruptcy proceedings. This committee may take the form of a joint creditor/stockholder committee, or there could be a designated official committee representing stock holders. While the group is typically granted the opportunity to voice concerns and make recommendations for the restructure, the court can still approve a reorganization plan in which stockholders do not approve.

When a company files Chapter 7 bankruptcy, shareholders are supposed to be repaid for lost investments. However, given the order of priority that debts must be repaid by a business that filed a Chapter 7, there are often not enough funds left to do so. Secured creditors are first paid, followed by unsecured creditors. Shareholders are the last to be compensated in the event of a bankruptcy.

If your business is in a potential bankruptcy situation, enlisting an expert West Palm Beach bankruptcy attorney early on is key for achieving optimal results. Call our office today for a consultation.