Florida In The Lead For Completed Foreclosures 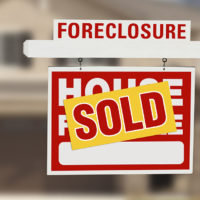 Foreclosure rates may be down on a national level, but any West Palm Beach foreclosure defense lawyer will tell you that does not mean homeowners are safe from the threat of foreclosure. Florida continued to lead the U.S. for the highest amount of completed foreclosures this past June.

The state alone accounted for 60,000 finalized foreclosures. Not far behind was Michigan with 47,000, Texas with 27,000, Ohio with 23,000, and California with 22,000. These five states accounted for nearly 40 percent of all completed foreclosures across the nation this year.

A Look at the Foreclosure Inventory

It was also reported that the serious delinquent mortgages declined by 21.3 percent from June of 2015 to June of 2016. This is the lowest it has been since September of 2007. In Florida alone, there was a decrease of 32.4 percent of delinquent mortgages. All of these reductions are showing the awaited return of the housing market.

In spite of the housing market’s recent progress, it is clear that foreclosure is still a struggle many Floridians face. If you need assistance with foreclosure, call the experts at Kelley Fulton Kaplan & Eller today. A West Palm Beach foreclosure defense lawyer can provide you with the guidance you need to get through it.