Students with Smaller Debts Have the Most Difficulty 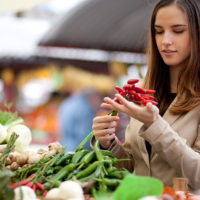 Many people associate student debt issues with the enormous amount of money that some individuals owe. In reality, students with smaller student loans, often under $10,000, generally face the most difficulty repaying their loans.

This is caused by the disparity in salaries of loan recipients. Those that go on to receive their masters or doctorates owe the most, but they will be start earning higher salaries after completing their degrees. Once they become employed as a doctors or lawyers, for example, the high debt that was incurred during their scholastic tenure does not hit them as hard. Since 1964, the inflation-adjusted earnings of employed professionals with graduate degrees has increased by nearly 100 percent. This is not to say that all of those with graduate degrees succeed. However, the number who do default on their loans is a minute seven percent, compared to the 22 percent of undergrads who default.

Defaults are most common in the portion of students who left school before earning their degree. Many students who attended a two or four-year institution cannot afford to pay back their debts because they end up with a low-paying job. Though they have the least amount of total student debt in a monetary sense, it is this sector that has the most difficulty paying their loans back.

If you or someone you know is embroiled in student loan debt and doesn’t know where to turn, Kelley Fulton Kaplan & Eller can help. We invite you to schedule an initial consultation with an experienced student loan attorney in West Palm Beach today. Allow us help relieve you of your student debt burden and get off to a fresh financial start.

By Kelley Fulton Kaplan & Eller | Posted on September 10, 2015
« Under-Budgeting Extremely Common Among Vacation-Goers
Factors to consider when selling your business »