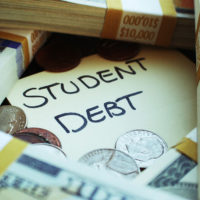 ITT Educational Services Inc. officially closed all of its 137 campuses as of Tuesday, September 6, 2016. The decision comes after the controversy the company faced last month over the institute’s accreditation status.

In August, the U.S. Department of Education informed ITT that it would be required to notify students of the possibility that its accreditation could be revoked, an action which would damage the authenticity of a degree from the institute. The school was also prohibited from admitting students who utilize federal aid to pay for tuition. However, the fatal blow to ITT was when the department mandated that the company more than double its reserves, raising the funds from $94.4 million to $247.3 million. This amount accounted for 40 percent of the federal student aid received by the school last year.

Ultimately, the company could not deliver on the financial requirement. After announcing the closures, ITT stated that the U.S. Department of Education failed to provide due process before handing down its decisions. The company estimates that hundreds of thousands of students and alumni will be impacted by its forced closure, as well as more than 8,000 employees.

If you are a past or current student of ITT Technical Institute who attended the school on federal aid, you are urged to enlist a West Palm Beach student loan attorney to seek student loan forgiveness. The U.S. Department of Education mandates that federal loans taken out to attend a failed college are eligible for forgiveness, whether the student is current or alumni. Even if you attended the technical institute but did not graduate, you may be able to receive student loan forgiveness. That said, veterans who utilized the GI Bill unfortunately do not qualify for forgiveness as the result of a school’s closure.

By Kelley Fulton Kaplan & Eller | Posted on September 19, 2016
« The Dangers of Cosigning a Loan
Defining Exempt Property in Chapter 7 Bankruptcy »