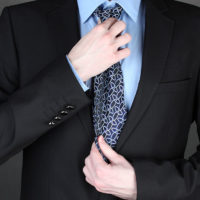 Many homeowners find themselves unable to pay their mortgage, and hedge fund companies have started to get involved in the pursuance of profit. During the foreclosure crisis, traditional lenders began to rid themselves of assets by selling delinquent mortgages to private equity and hedge fund companies. In an effort to make quick money, the private businesses often restructure the loans via either a foreclosure or loan modification. While a few of these private companies have been commended for their actions that have allowed some homeowners to remain in their home, many others have been known to show little to no compassion in regards to this delicate matter.

On numerous occasions, residents have reported that hedge fund companies have attempted to move them off the premises, even when they had completed the modification paperwork necessary. Those who file for a loan modification can generally keep the pursuers of foreclosure away for a period of time, though some private equity companies have been known to attempt to continue with the foreclosure proceedings regardless.

Thankfully, homeowners who find themselves in this situation have the support of the courts. In those cases where private firms have wrongfully forced residents out of their homes, the courts have canceled the foreclosure proceedings and even issued restraining orders against those firms. In conjunction, the Department of Housing and Urban Development (HUD) has stepped in to set some stricter guidelines. The minimum amount of time a private buyer has to wait to foreclose on a home was doubled by HUD, increasing from six months to twelve. The department has also intervened in the sale of delinquent mortgages. Rather than selling to the first bidder, HUD is attempting to unload the mortgages to nonprofit organizations which are more sympathetic to struggling residents, rather than to businesses strictly looking to make money quickly and with no remorse.

If you find yourself being harassed by hedge funds, know that you are certainly not alone. Kelley Fulton Kaplan & Eller may be able to help you begin the path to a more stable financial future and invites you to schedule an appointment with an experienced foreclosure attorney in West Palm Beach today.

By Kelley Fulton Kaplan & Eller | Posted on November 9, 2015
« The importance of a power of attorney
Can I keep a credit card when I file for Chapter 7 bankruptcy? »