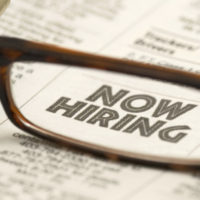 According to the most recent employment data available from the Department of Labor Statistics, unemployment rates are declining in the United States. While the data may look good on the surface, there is rising concern over the number of involuntary part-time workers.

Also in June, employment data showed that 2.0 million U.S. workers were “marginally attached” to the labor force. Marginally attached means that these workers wanted and were available for work, and had looked for a job sometime in the past 12 months, but they are not officially counted as unemployed because they had not searched for work in the four weeks preceding the government’s survey.

In explaining the increasing trend of employers using part-time and temporary workers instead of hiring permanent full-time workers, one economist noted “Companies view labor more as inventory that is to be hired when they need it and let go when they don’t need it.”

This disposability of workers is creating economic hardships for many in the working class. In June, average wages were up just 2 percent over the previous 12 months and the shift toward part-time work is seen as one of the major reasons wages have remained mostly flat.

The Affordable Care Act also may be causing some employers to hire less than full-time workers, according to the chief U.S. economist of High Frequency Economics. This is because Obama-care requires businesses with at least 50 employees to provide health insurance to those working at least 30 hours. Thus, there is an incentive for these employers to have employees work less than 30 hours in order to avoid the employer healthcare mandate.

Bankruptcy As An Option To Help Get Back On Your Feet

While workers’ wages have increased a meager 2 percent over the past year, the cost of living has increased by more than 2 percent. In fact, the cumulative rate of inflation has gone up 11.1 percent since 2009. So an item that cost $100 in 2009 now likely costs about $111.10, and a monthly bill that cost a family $500/month in 2009 could now be $555.48/month. Looking at these few examples, it is not difficult to see how a family’s current monthly expenses could easily exceed their income.

For families whose debts and expenses exceed their monthly income, filing for bankruptcy can be a reasonable option.

Bankruptcy is a legal procedure that can give people who cannot pay their bills a fresh start. There are two types of bankruptcy available to most individuals. Chapter 13 bankruptcy allows individuals to keep property that they might otherwise lose, such as a car or a mortgaged house, and pay off or cure defaults over a period of three to five years. Chapter 7 bankruptcy involves liquidating non-exempt assets to satisfy creditors. Assets that may be exempted, and thus protected from creditors, include equity in a home, wages up to $750/week, $1,000 in vehicle equity, $1,000 in personal property equity, among many others.

Both types of bankruptcies may get rid of unsecured debt, as well as stop foreclosures, repossessions, garnishments, debt collection activities, and utility shutoff. However, bankruptcy usually does not wipe out child support and alimony obligations, fines, taxes, or student loan debts.

Choosing to file bankruptcy can be difficult, but sometimes it is the only real solution to a serious debt situation. For individuals experiencing a financial crisis caused by wages that are not keeping up with the cost of living from day to day, it is important to seek help of an experience South Florida Bankruptcy attorney who can explain the bankruptcy options and process.

If you are in the West Palm Beach area and have been unable to pay off your debts because you are now making less money than you did a few years ago, call the Law Office of Kelley Fulton Kaplan & Ellerat (561) 404-8944.

By Kelley Fulton Kaplan & Eller | Posted on August 4, 2014
« Can You Keep Your Home with Bankruptcy in West Palm Beach Florida?
Unexpected Medical Bills Can Ruin A Family’s Finances »