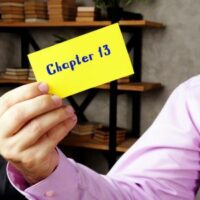 The proposed changes to the law have received support from the NACTT. According to the article, NACTT President Mary Viegelahn, “as student loan deferments and mortgage forbearances come to an end, increasing the debt limits will help individuals and families impacted by COVID by providing them an option to reorganize their debt.” Viegelahn focused on the problematic ways in which “current debt limits in Chapter 13 bankruptcy exclude many households from being able to seek the financial help they need.”

If the bill passes, more individuals will be able to file for Chapter 13 bankruptcy in order to get relief without having to worry about the debt limits. In addition, even if a self-employed individual does not qualify for Chapter 13 with the increased debt limit, that individual may be eligible for the more streamlined Subchapter V bankruptcy under Chapter 11.

By Kelley Fulton Kaplan & Eller | Posted on August 10, 2022
« What Are Exceptions To Discharge?
Should My Business File For Chapter 11 Or Chapter 12 Bankruptcy? »