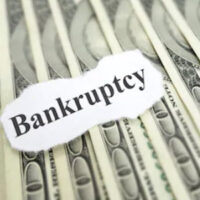 President Joe Biden signed the Bankruptcy Threshold Adjustment and Technical Corrections Act on June 21, 2022. The drafters of the legislation summarize the new law as follows:

Specifically, the bill extends for two years the increase of the amount of debt allowed to be carried by debtors to qualify for small business reorganization bankruptcy and provides that this debt limit is subject to adjustment for inflation. Additionally, it provides that a small business debtor includes a debtor that is an affiliate of certain publicly traded companies. Further, it authorizes the bankruptcy trustee to operate the business of the debtor if the debtor ceases to be a debtor in possession.

As you can see, the new law will impact certain small business bankruptcies, but it will also have an effect on debt limits for Chapter 13 bankruptcies, significantly increasing the debt limit and allowing more debtors to file for bankruptcy under Chapter 13.

Currently, the law will be in effect for two years. However, it is possible that the law could be extended. Depending upon support for the increase in and changes to Chapter 13 debt limits, legislation could pass in the future that permanently extends the debt limit increase. The bi-partisan bill that became the Bankruptcy Threshold Adjustment and Technical Corrections Act was introduced by Senator John Cornyn (R-TX), Senator Dick Durban (D-IL), Senator Chuck Grassley (R-IA), and Senator Sheldon Whitehouse (D-RI). It passed by an overwhelming majority vote.

Yet it is important to know how the debt limits will change in two years if the law is not extended or made permanent. Without an extension, the debt limits for Chapter 13 bankruptcy would be $465,275 in unsecured debt and $1,395,875 in secured debt through March 31, 2025.

Our West Palm Beach Chapter 13 bankruptcy attorneys can provide you with more information and details about the law. If you have questions about filing for bankruptcy as an individual or as a business, you should get in touch with Kelley, Fulton, Kaplan & Eller for more information.