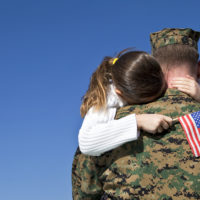 The government’s Military Lending Act (MLA) is aimed to stop deceptive and unfair lending to military personnel. Recent changes to the MLA will provide military members and their families with both added protection and peace of mind.

Holly Petraeus, Consumer Financial Protection Bureau Assistant Director, Office of Servicemember Affairs, may have said it best with his observation:

“When I drive down the strip outside a military installation and count 20 fast-cash lenders in less than four miles, that’s not a convenience, that’s a problem.”

Although the 2006 version of the Military Lending Act imposed a 36 percent cap on some of the worst abuses that service members and their families were facing, the new 2015 modifications will close loopholes that lenders were using to surpass the previous policies in place and expand the cap to most consumer debt. Prior to the enactment of the 2006 MLA, rates as high as 700 percent were deemed reasonable by Congress.

The intent of this new act asserts that those who give up their lives to fight abroad for our country should not have to fight against lenders at home, and neither should their families. Many payday, car-title, and installment lenders used to prey on military members and their families by demanding ridiculous rates when loaning money under the previous law. They had found loopholes in the act and would take advantage of vulnerable military families.  The new rule was intended to close these loopholes.

Take the proper steps to a fresh financial start

Many military families continue to suffer from the damage caused by these abusive lenders. If your family or a family you know has fallen victim to these unfair lending practices and doesn’t know where to turn, Kelley Fulton Kaplan & Eller may be able to help. We invite you to schedule an initial consultation with an experienced bankruptcy lawyer in West Palm Beach and let us get better acquainted with your financial situation. The path to restoring solvency and getting a fresh financial start may be one phone call away.

By Kelley Fulton Kaplan & Eller | Posted on August 25, 2015
« Exploring your bankruptcy options is low risk, high reward
Do you have unclaimed money from an earlier bankruptcy case? »