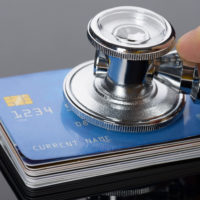 Medical debt has been a profound concern for Americans over the past several years. In spite of the introduction of Obama Care as a step to rectify the issue, many are still struggling to repay debts accumulated from necessary health care. In light of this fact, it is no surprise that seeking out discharge of medical debts through bankruptcy has become increasingly popular.

In 2014, NerdWallet determined that the leading cause for filing bankruptcy was an inability to repay medical expenses. Low income and high deductibles are thought to be the main reasons why repaying medical debt is such a trying task for Americans, but one factor that is often overlooked is the discrepancy in what is charged for the same procedure. It is hard to determine exactly what goes into determining these varying rates, but location seems to play a part. NerdWallet’s study showed that Californians had been charged nearly 54 percent more than those in Arkansas for the same procedure. These discrepancies can leave debtors unprepared to foot the bill when it arrives, even with the help of health insurance.

For bankruptcy purposes, medical expenses are categorized as general unsecured debts, making them relatively simple to discharge in bankruptcy. In Chapter 7 bankruptcy, no limitations are placed on how much medical debt can be wiped out, assuming the filer passes the means test. This requires that the borrower’s income falls under the median income for his state when considering the size of his household. With Chapter 13, each of the general unsecured debts will be encompassed under a tailored repayment plan determined by the individual’s income, expenses and assets. Medical costs are only eligible for inclusion in the repayment plan if the general unsecured debts total less than $360,475.

If you are unsure of whether your medical debt can be erased in bankruptcy, a Boynton Beach bankruptcy attorney is here to help. Give Kelley Fulton Kaplan & Eller a call today to figure out the best course of action for remedying your debt problems.