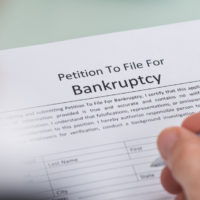 On December 1, 2015, new forms were introduced for bankruptcy filing. Attorneys and filers alike need to be informed about the contrast between the new forms and the old ones. That’s where we come in, so here are some key differences with the new forms.

The new forms were to be a means of making the process for filing easier to understand, both for attorneys and debtors. With simplified language and more thorough instructions, many believe these forms will make it easier to file pro se (without an attorney), but that doesn’t mean you should. In fact, upon reading the new forms, you’ll see plenty of warnings about filing pro se. The reasoning for this is simple: the expertise of an attorney is invaluable when filing for bankruptcy. An experienced attorney will know the ins and outs of the process and how to defend your case against a creditor in court, if need be. Additionally, an attorney’s expertise is useful for determining what type of bankruptcy is best suited for your situation.

Another important takeaway is that the instructions which aim to simplify the filing process might do quite the opposite. The new forms have nearly quadrupled in length, jumping from 14 pages to 42. The instructions included have made the package (and the process) so much lengthier, that it’s unreasonable to believe that the average person will be able to file correctly on their own.

One of the most important changes with the new forms is the separation of petitions for individuals and businesses. The petition is the initial document that provides basic information about the debtor and the type of bankruptcy being sought. With the previous forms, there was only one petition, regardless of the type of default. Now, debtors will need to select the proper form when filing, each including its own set of schedules.

The final change worth noting is the combination of schedules in the new forms. Schedules A and B (which cover real property and personal property, respectively) have been combined to appear on Schedule A/B. Schedules E and F were also combined, forming Schedule E/F, which covers all unsecured debts. Lastly, Exhibit D, which served to report one’s credit counseling requirement status, does not appear in the new forms.

When filing bankruptcy, it’s always best to seek the help of an experienced attorney. If you’re looking for a bankruptcy attorney in West Palm Beach, the team of expert lawyers at Kelley Fulton Kaplan & Eller welcome you to reach out with any questions you may have.

By Kelley Fulton Kaplan & Eller | Posted on April 15, 2016
« Bankruptcy & Taxes: What You Need to Know
The Truth About Credit | Debt Defense »