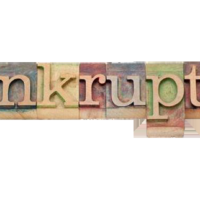 In September 2013, Penthouse Publisher FriendFinder.com filed for bankruptcy after failed attempts at combining social networking with sex. FriendFinder Networks also operated several dating sites, such as BigChurch.com, PerfectMatch.com as well as many more adult sites, and the company hopes to resolve more than $300 million in debt with the deal — but shareholders in the company will be left with nothing.

FriendFinder’s CEO blamed the bankruptcy on decreased membership, increased advertising costs and credit card companies’ refusal to process adult online transactions. After Chapter 11 is completed, FriendFinder will no longer be publically traded. The company has reportedly not been profitable since 2008.

Chapter 11 bankruptcy is a way for businesses to continue operations and reorganize debt to come out from under the filing as a more profitable company. It’s different from Chapter 7 in the sense that in Chapter 7 bankruptcy, assets are liquidated and debts are resolved on the spot. Chapter 11 gives you the ability to reorganize debt into a payment plan to be paid off over a longer period of time than the debtor may have had before.

To be eligible for Chapter 11 bankruptcy, the individual or business must be able to stick to the payment plan. If not, they are forced into Chapter 7 bankruptcy and assets are liquidated. Typically, Chapter 11 filers are businesses, but in some cases, very wealthy individuals can also file Chapter 11 if they don’t meet the means test for other types of filings.

Contact The Law Office of Kelley Fulton Kaplan & Eller to discuss your bankruptcy options with a qualified personal bankruptcy attorney in Florida.