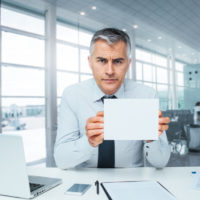 For debtors in need of a fresh start, bankruptcy can be one way to obtain it. Unfortunately, while many individuals have a legitimate need for the relief offered by bankruptcy, there are still others who abuse the system. Most often, this comes in the form of a “bad faith” filing.

There are several reasons a bankruptcy filing may be determined to have been made in bad faith. At its core, a bad faith filing involves misrepresentation, whether it is regarding one’s intentions or information. It is important to note however, that not all bad faith filings are intentional. Without guidance from a West Palm Beach bankruptcy attorney, one could file in bad faith without even being aware of it. If any of the following factors are present in a bankruptcy filing, the court may rule it in bad faith, regardless of whether the action was made knowingly:

Needless to say, filing for bankruptcy in bad faith has consequences, some of which are serious. Depending on the actions which took place, penalties may range from simply having one’s case dismissed to stripping the debtor of the right to discharge any present debts through bankruptcy in the future.

Debtors are not the only party in a bankruptcy case who can commit bad faith practices. In involuntary bankruptcy proceedings, creditors can also force a bankruptcy in bad faith. The law does not clearly state what constitutes bad faith for involuntary filings, but the court may deem one as such if the creditor is using it as a tool to gain leverage over the debtor. For example, if the lender (or a group of lenders) submits an involuntary bankruptcy as a means of coaxing a debtor into negotiations, it would be doing so in bad faith. Other motivations for a forced bankruptcy that could lead to this kind of dismissal include filing solely to gain ownership of an individual’s business or to shut it down.

If you have questions about filing for bankruptcy, or believe an involuntary bankruptcy for your debts was filed in bad faith, a West Palm Beach bankruptcy attorney can help. Contact our office to schedule a consultation regarding your case.

By Kelley Fulton Kaplan & Eller | Posted on November 17, 2017
« Is A Handshake Legally Binding In A Real Estate Deal?
Loan Modification Denied? You Have Options »