72 percent of applicants rejected from a federal mortgage-assistance program 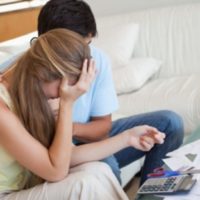 In 2009, the Obama administration estimated that the Home Affordable Modification Program would help over four million individuals who were struggling with foreclosure. A recent study done by Christy L. Romero, a government official who monitors the program, revealed that only 887,001 borrowers participate in HAMP. Not only is this number far below the estimated four million, but the report also noted a 72 percent denial rate for those who apply for a loan modification. Ironically, over four million individuals looking to participate in HAMP have been rejected by participating banks.

Applicant denials may be valid, but only in certain cases

The same study showed that 38 percent of applications were not accepted because they were deemed incomplete. Even considering this, the total percentage is still far from ideal. Bank of America spokesman Rick Simon said that though two-thirds of their HAMP applicants are denied, “five out of six go on to avoid foreclosure by using either a modification or other solution.”

While this statement shows that there is hope should an individual’s HAMP application be denied, it does not refute the claim that the government program is lacking the success it was put in place to achieve.

The report also points out that problems and errors in the application process handled by banks are also a contributing factor to the high rate of denials.

If you have questions pertaining to foreclosure law and do not know where to turn during  difficult times, Kelley Fulton Kaplan & Eller may be able to help. As an experienced group of attorneys in West Palm Beach, we have the knowledge necessary to provide answers to your tough questions. Kelley Fulton Kaplan & Eller invites you to contact us and schedule an initial consultation today.