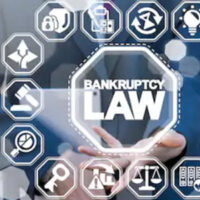 When you file for bankruptcy, an automatic stay immediately goes into effect. This means that all collections activities against you by any creditor—even those with non-dischargeable debts—must immediately stop, at least temporarily.

This is a powerful advantage that a debtor has in bankruptcy. There are serious punishments for creditors that violate the automatic stay.

When we think of the kinds of collections activities that must stop, we usually think about collection calls, letters, lawsuits, wage garnishments, or any other kinds of attempts to collect a debt. But attempts to collect a debt aren’t just monetary—a debt collector can violate the automatic stay even by doing things to coerce you to pay a debt that isn’t monetary in nature.

One such thing that some educational creditors do is withhold academic transcripts. Many schools won’t allow students to get transcripts until and unless they pay some sort of debt that is owed to the school. This can often be for minor (but ultimately, dischargeable in bankruptcy) debts like overdue books, fees, fines, parking tickets, or unreturned books.

Many schools say that they are doing nothing wrong, because by withholding transcripts, they aren’t actually “collecting” anything. But courts have ruled differently, finding that a transcript by itself has no value to a school. That means the only reason for withholding a transcript from a student who owes money is leverage—it is done to coerce the student to pay money owed to the school.

The prohibition on withholding transcripts doesn’t just apply to schools that withhold transcripts, but also to schools that alter transcripts, or which don’t give complete transcripts—for example, a school that gives a transcript without indicating graduation status, or GPA, until or unless a debt is paid, is an attempt to collect a debt, and a violation of the automatic stay.

If the transcript is altered in such a way so as not to be useful to the student, or if it were to have some marking or indication that the student owed money, this would be a violation of the automatic stay.

Creditors, including educational institutions that violate the automatic stay, and which do so purposefully and willfully, can be sanctioned, and made to pay fees and fines for these violations. Accidents, or blaming computer errors for stay violations, aren’t excuses for getting away with automatic stay violations.

Call the West Palm Beach bankruptcy lawyers at Kelley Fulton Kaplan & Eller at 561-264-6850 for help with your financial situation today and to make sure your creditors aren’t violating bankruptcy laws.

By Kelley Fulton Kaplan & Eller | Posted on November 5, 2021
« Buy Now Pay Later Loans – What Are They?
How Florida’s Family Laws Can Help Your Bankruptcy Case »