Will You Lose Wages Or Income In Bankruptcy? 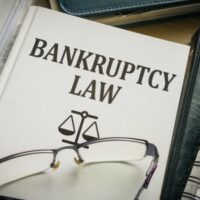 We’ve written a lot about what a bankruptcy court can and cannot take from you when you file for bankruptcy, but can bankruptcy take your wages, or your regular income? In Florida, the answer is generally, no.

Bankruptcy vs. a Creditor’s Judgment

The bankruptcy court can almost never take income that is earned after you file for bankruptcy. That means that your checks or wages after you file are completely safe, no matter how much you make.

Note that this is unique to bankruptcy. In a normal situation, where you are sued by a creditor and a judgment is entered against you, the creditor can chase you to collect on that judgment for up to 20 years, constantly looking to see if you’re earning money, and they can have a wage garnishment entered against you.

But that’s not the case with bankruptcy, where your future earnings are safe.

The question then becomes whether a bankruptcy court can take money or income that you earned before the bankruptcy case is filed. Doing so would seem to contradict the point of the fresh start that bankruptcy is supposed to provide.

The good news is that generally, your income is safe no matter when it was earned because of Florida’s head of household exemption.

All income is exempt, regardless of whether the income is considered commission, a one time payment, or regular salary. However, independent contractors’ income is not considered protected or exempt under the exemption. Additionally, in most cases, someone’s income from their own business will not be considered exempt, unless for some reason they do not control the amount they are paid by their business.

Money in the Bank

Most of us only deposit income from work in our bank accounts. However, if you have other money in a bank account, you may want to consider starting a separate account before you file bankruptcy, and only depositing your earnings into that one, separate account. This way, if needed, you can clearly trace the money in the bank to your wages or employment earnings.

The West Palm Beach bankruptcy lawyers at Kelley Fulton Kaplan & Eller at 561-264-6850 can help you protect your assets when you file for bankruptcy.

By Kelley Fulton Kaplan & Eller | Posted on February 24, 2022
« Will You Get A Free House In Bankruptcy?
Looking At Some Of The Largest Bankruptcies In U.S. History »