When to Sue for Commercial Disparagement 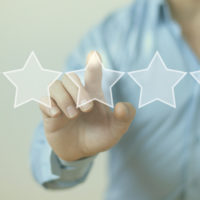 In the age of social media, the potential for a negative review is just a few clicks away. However, the internet also provides the opportunity for falsehoods about your business to spread like wildfire. For small businesses in particular, a lie disseminated across social media can have a serious impact. Therefore, knowing if legal action can be taken over untrue claims is extremely important for protecting the interests of one’s company.

When an inaccurate statement of fact that has been publicly expressed causes financial damage to a business, the company may have a case for commercial disparagement. Such a statement might come in the form of a false online review, a slanderous television interview by a competitor, inaccurate claims in a social media post, and so on. In harming the company’s reputation, these assertions can lead to financial losses that the accuser should be held accountable for.

At minimum, the following requirements must be met in order to hold another party liable for a statement that disparages one’s business:

It is important to note that commercial disparagement is not synonymous with defamation. Similarly to commercial disparagement, defamation is an inaccurate statement of fact that has been publicly expressed and caused damage to the subject, either due to negligence or an intention to cause harm. However, an individual rather than the business itself must be a named subject in the statement to pursue a case. For instance, if a statement specifically harms a professional’s reputation rather than solely his or her business, seeking damages may be advisable. Defamation comes in the form of either libel (written defamatory claims) or slander (spoken defamatory claims).

Even when a case has met the aforementioned stipulations, businesses may have trouble proving a statement to be defamatory in court without the guidance of West Palm Beach business litigation attorney. This is largely due to the fact that tying a company’s economic losses directly to a comment is not easily accomplished. Additionally, there are some instances where seeking retribution may not be worth the effort. Take for example, an online review stating a member of a company’s staff was rude or unqualified. While the business owner may know this to be false, the statement is subjective in nature and could be viewed as a criticism. Alternatively, if a reviewer specifically states the company delivered a product or outcome that was contrary to what was actually experienced, or alleges the business acted illegally, exploring a commercial disparagement is advisable should a loss in profit follow the review.

If you are interested in pursuing a lawsuit for commercial disparagement, the first step is to contact a West Palm Beach business litigation attorney. Together, we can determine whether alternative action is viable, and if not, develop the strongest plan for achieving justice. Schedule a consultation with a member of our team today to get started.

By Kelley Fulton Kaplan & Eller | Posted on October 18, 2017
« Transferring Ownership of a Corporation in Florida
3 Tips for Bankruptcy After a Natural Disaster »