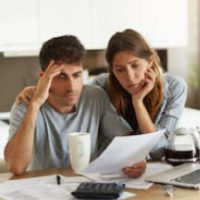 If you are someone who owes money to a debt collector, chances are you’ve received phone calls during the most inopportune moments throughout the day. It may seem that debt collectors will do anything they can to pressure you into paying your debts, even if they know you can’t afford to repay them. There are plenty of tactics they can use to try and get what they want, but there are also a lot of things they may try that are considered creditor harassment.

The Fair Debt Collections Practices Act is a federal law that governs the way creditors can collect the debt they’re owed. If a creditor is found to be in violation of this law, the debtor has a right to report them and stop the harassment. What is considered creditor harassment, though? Creditors are well within their legal right to take certain measures in order to retrieve the money they are owed, but that doesn’t mean a debtor is completely helpless.

What creditors can do

There are quite a few things creditors can do to seek payment of debts.

If a creditor seeks repayment in a legal manner, there is little a debtor can do to get them to stop. The best option is to repay the debt, but the debtor can also request the creditor stop calling or ask to set up a payment plan in order to get rid of the debt owed. Asking for guidance from a debt attorney is also a great way to examine your options for dealing with these tactics used by a creditor.

What creditors cannot do

While creditors are able to use a few different tactics without breaking any laws, they do still have limitations of their own to keep in mind. When seeking repayment of a debt, a creditor cannot:

What to do if your rights are violated

If you feel that creditors are violating the regulations stated in the Fair Debt Collections Practices Act, you can choose to proceed in two ways:

If you choose to pursue legal action against a creditor or collection agency after they have violated any part of the Fair Debt Collections Practices Act, you can seek legal counsel from the West Palm Beach creditor harassment attorneys at the office of Kelley Fulton Kaplan & Eller to handle your case and ensure you go about it properly.

By Kelley Fulton Kaplan & Eller | Posted on August 28, 2019
« How To Handle Your Credit Card Debt Case in Florida
Is Debt Settlement The Right Option For You? »