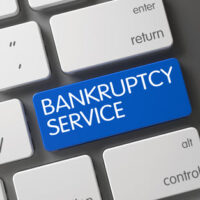 If you have a payment coming to you for performing under a contract, the payment that is due to you but that is unpaid is an asset that the bankruptcy court can take. This is true even though you haven’t been paid yet (although the payment due to you may be exempt anyway, and thus untouchable, if it fits under one of Florida’s numerous bankruptcy exemptions).

But sometimes, a contract takes awhile to fulfill. You may have even been paid in advance, with the understanding that if you do not perform the payor can take the money back. Putting it another way, the money is paid to you already, but hasn’t been technically earned. Performance is still pending.

As you can see from these examples, the recipient of the funds still had to do something to make sure they actually get to keep the money.

These are called executory contracts. Money that you earn that is still not completely earned by you because you must perform a task, even if it has been paid, is executory.

That money often is not taken by a bankruptcy trustee and may not legally be allowed to be taken. That’s because the trustee can’t or won’t fulfill your contractual obligations for you, and if he does not, the payor has a right to get the money back. The bankruptcy estate (and the trustee) can potentially be liable to the payor for non-performance, and the trustee does not want that.

If the debtor chooses to assume the contract the debtor has to pay any money that is due under the contract, or if performance is outstanding, demonstrate that he or she can actually perform under the agreement in order to earn the money.

Questions about whether your property will be protected in bankruptcy? Or about protecting your property in a bankruptcy? Call the West Palm Beach bankruptcy lawyers at Kelley Fulton Kaplan & Eller at 561-264-6850 for a consultation.

By Kelley Fulton Kaplan & Eller | Posted on March 26, 2021
« Think You Know About Chapter 11 Bankruptcy? Think Again
Getting a Home Loan After Bankruptcy »