What Is An Executory Contract? 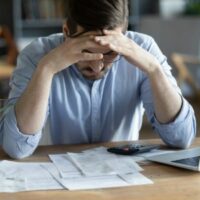 Imagine that you are entering the US military as a service member. The government gives you a sum of money to help with educational expenses, or simply money as a bonus to incentivize you to join and remain with the armed services.

However the money has a condition on it—you must remain in your position, with the military, for a given period of time (say, for a period of 5 years).

However, that money actually may not be subject to being taken by the bankruptcy trustee because your agreement with the military is executory in nature.

An executory contract is one where the parties still have obligations to each other to fulfill, and if the parties don’t fulfill their agreement, the contract will be in breach.

In our example, even though the soldier was paid by the government, and has the money, the money is subject to being paid back to the government if the soldier doesn’t fulfill his or her term of service that was agreed to as a condition of payment. The money has not been “earned” yet, and should the soldier not stay in the military for the required 5 years, the soldier would be considered to be in breach of contract.

Because, at the time of bankruptcy filing, the soldier’s obligation to the government, which would allow them to keep the money, is unfulfilled, the money cannot be taken by the bankruptcy court.

Note that executory contracts go one way—where the debtor has duties to fulfill. If the debtor has fulfilled all of her or her duties, and the non-filing party (in our example, the government) didn’t fulfill its obligations, that would just be a liability owed to the debtor, and thus, the money owed would be an asset of the bankruptcy estate.

Put another way, to be executory, it is the debtor—not the non-debtor—that needs to still have outstanding obligations under an agreement, in order for a contract to be considered executory.

Can your property be taken in bankruptcy? We can help you determine whether it can or not. Call the West Palm Beach bankruptcy lawyers at Kelley, Fulton & Kaplan at 561-264-6850 today.

By Kelley Fulton Kaplan & Eller | Posted on May 6, 2022
« Government Report On Medical Debt Creates A Bleak Picture
Legal Considerations When Buying A Business »