What Happens If the Trustee Suspects Fraud? 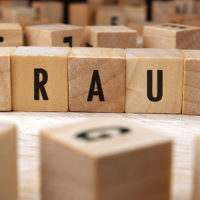 An important part of the bankruptcy trustee’s job is to investigate fraud. If the trustee suspects that someone may be committing fraud in a bankruptcy case, he or she can file a lawsuit against that individual. But, what happens then?

If the trustee suspects fraud but does not have enough evidence to file a lawsuit, a Rule 2004 examination may be conducted. A Rule 2004 examination is similar to a deposition; however, some different rules apply, such as the scope of questions that may be asked. The trustee can also request document production from the filer anyone that might relate to the case. The Bankruptcy Rule 2004 authorizes the trustee to examine:

Other types of Bankruptcy Fraud Cases:

If you are planning to file for bankruptcy, it is in your best interest to seek out the expertise of a West Palm Beach Bankruptcy attorney. The team at Kelley Fulton Kaplan & Eller is always available to help and will ensure that your case goes smoothly. Call today to learn more.