What Are Setoff And Recoupment In Bankruptcy? 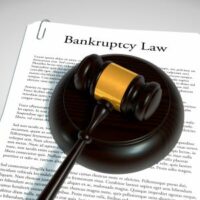 Setoff is a doctrine that allows parties to offset mutual debts against one another that arose prior to the bankruptcy case. The doctrine of setoff is confirmed in Section 553(a) of the U.S. Bankruptcy Code, which says that “this title does not affect any right of a creditor to offset a mutual debt owing by such creditor to the debtor that arose before the commencement of the case under this title against a claim of such creditor against the debtor that arose before the commencement of the case.” There are some exceptions, but generally speaking, setoff is permitted under the U.S. Bankruptcy Code. To be clear, the U.S. Bankruptcy Code does not create or establish a right of setoff, but it does clarify that a right of setoff can exist in various circumstances.

The purpose of the doctrine of setoff is largely one of practicality. According to the U.S. Supreme Court in Citizens Bank of Maryland v. Strumpf (1995), “[t]he right of setoff (also called “offset”) allows entities that owe each other money to apply their mutual debts against each other, thereby avoiding the absurdity of making A pay B when B owes A.”

Unlike the right of setoff, recoupment is not considered or addressed within the U.S. Bankruptcy Code. Instead, as the U.S. Department of Justice (DOJ) clarifies, the “parameters of recoupment are derived from the common law pleading rules concerning counterclaims.” What is recoupment? The DOJ defines it as “the setting up of a demand arising from the same transaction as the plaintiff’s claim, to abate or reduce that claim.” Further, “recoupment, a creditor’s right long recognized in bankruptcy proceedings, is merely the means used to determine the proper liability on the amounts owed.”

By Kelley Fulton Kaplan & Eller | Posted on December 12, 2022
« When Is Credit Card Debt Non-Dischargeable In A Bankruptcy?
What Is Bankruptcy Fraud? »