The Myth Of The Deadbeat Bankruptcy Filer 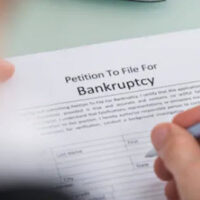 When people talk about why they don’t want to file for bankruptcy, they will often talk about losing their property or losing money. The reality is that people rarely lose anything in bankruptcy. But here is the real reason many people don’t file for bankruptcy: They are afraid of being seen as “deadbeats,” or they are ashamed of having to file.

Actually, the idea of people who file for bankruptcy being deadbeats couldn’t be farther from the truth.

The reality is that life is expensive. So expensive that we often cannot pay everything that we need to pay all in one payment. One benefit of using debt or credit cards or getting installment loans is the ability to make those payments over time.

Most people who file for bankruptcy are hit with problems that they didn’t cause, want, or anticipate. We lose jobs through no fault of our own. Our child ends up in the hospital, and we have a large deductible. The air conditioning in the car breaks. The dog gets sick. Your home computer that you need for work breaks and needs replacing.

Medical debt can and does drive people into bankruptcy—debt that people didn’t ask for or want. Worse, many people are faced with lifelong medical needs, which will repeatedly put them in debt, all for doing nothing but getting medical help.

Sure, maybe one of these emergencies (or others like them) won’t drive anybody into bankruptcy. But if a few of those emergencies hit at the right time, and if they are expensive enough, even the most honest, responsible, and financially careful people can find themselves in a debt hole that they can’t dig out of.

Business debt can drive people into bankruptcy. Owning a business is the American dream. But for many, it can put them deep in debt for doing nothing but giving the chance of success an honest shot.

But the story gets worse. On top of being saddled with debt that you didn’t ask for, you are now saddled with extraordinary interest rates—rates so high that even the most responsible debtor, who wants to make reasonable payments, can’t pay off the debt that he or she owes.

Call the West Palm Beach bankruptcy lawyers at Kelley Fulton Kaplan & Eller at 561-264-6850 for help getting your life back on track when you’ve had financial problems.