The Case to Watch as the Year Closes 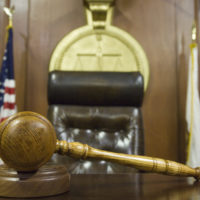 As we close out another year of serving our clients and delivering optimal results, we wanted to take a moment to wish all of you the happiest of holidays. Before we kick off our own celebrations, we are as always sharing with you the latest in bankruptcy news.

With the end of any year comes change, and this rings true for bankruptcy law as well. This new year, the changes will likely stem from a precedent set by a case before the Supreme Court that challenges the court’s authority to award settlements to parties outside of the standard order.

The case at hand involves a New Jersey trucking company, Jevic Transportation Company, which filed for bankruptcy in 2008. Upon entering bankruptcy, the company was forced to lay off 1,785 employees. Federal law mandates that these employees should have been provided 60 days notice prior to the major loss of jobs. However, since this wasn’t the case, the employees whose positions were terminated filed suit to recover wages. The suit was brought against two corporations: Sun Capital Partners, which had bought out the trucking company two years prior to the loss of jobs, and CIT Group, Jevic’s primary lender.

The unsecured creditors were ultimately awarded $3.7 million in exchange for an agreement to withdraw the suit. Meanwhile, the employees did not recoup any lost wages. This didn’t sit well with the laid off staff, as employees typically follow unsecured creditors in the bankruptcy court’s priority order for settlements. Only secured creditors and the professionals who oversee the case rank higher than employees, unless of course all creditors agree that a settlement should be awarded out of order — which was not the case here. As a response, the drivers’ case has made its way up the ranks, and now it is the Supreme Court who is tasked with determining whether it is within a bankruptcy court’s power to decide whether more junior creditors may come before those who rank higher in the usual order.

What the Decision Could Mean for Future Cases

Both the bankruptcy judge and the Third Circuit Court of Appeals maintained that Jevic’s decision was the best option available to them. The Supreme Court’s decision will not only decide whether or not this was in fact the case, but it will also set a powerful precedent for future cases. If the decision is upheld, it stands to reason that the power lies with the bankruptcy courts to determine whether parties can be excluded from receiving a settlement, on a case by case basis. However, if the Supreme Court’s opinion sides with the employees, the order of priority will remain the standard for ranking the priority level of creditors, meaning employees would need to be compensated in similar cases. Supporters of Jevic argue that the latter decision would hinder judges from making the best decision in unique cases, whereas the opposing side holds that it would protect the rights of creditors.

While the new year may bring with it some changes for bankruptcy law, one thing which will not change is our unwavering commitment to our clients, and to remaining abreast of the latest news regarding our practice areas. If you have questions about a potential referral, please call our office to speak with one of our experienced attorneys.