The Abuses Of Payday Loans 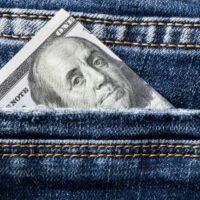 If you are in dire financial trouble, you may be considering a payday loan. This is especially true if your credit is poor because of mounting debt. But payday loans are some of the most abusive kinds of loans and have come under a lot of criticism for the problems that they cause consumers.

What is a Payday Loan?

A payday loan is a loan that is based on your next paycheck. The lender is essentially giving you access to your next paycheck earlier than you are supposed to receive it. Many borrowers turn to payday loans in part because they do not require a credit check, and because many people don’t see it as a loan, but rather as an advance on money they are due to be paid anyway.

But there are serious problems with these kinds of loans. The first is interest. Because they are considered advances, many lenders are able to skirt normal usury or interest limit limitations. As a result, the interest that you will pay on a payday loan is far greater than what you would pay with a traditional loan.

By some estimates, your interest rates could be between 300-400%. Lenders say that such an interest rate is necessary because the loan is not secured—the borrower isn’t putting up any collateral that the lender can take in the event of nonpayment.

As you can imagine, someone who needs a payday loan is in financial trouble already. The last thing they can do with their next paycheck is pay back the previous advance at 300% interest. That means that many borrowers end up having to take out another payday loan to pay back the previous one. Now their interest is just piling up. In the meantime, the borrower has even less money in his or her next paycheck to pay the normal monthly bills.

On top of interest, you will also pay a late fee, which can range between $15 and $100. In some cases, lenders will ask for your bank account information, and access to it, before giving you a loan. That means that if you don’t pay, a lender can often reach into your bank account and withdraw much needed funds to pay itself back.

Most payday loans will require the entirety of the loan be paid back at one time—a balloon payment. There is little flexibility for long term repayment plans.

According to the Consumer Financial protection Bureau, many people had 7 or more payday loans in one year, and many were taken out within 14 days of having taken out a previous loan. This evidences the desperation and abusive debt cycle of these kinds of loans.

Bankruptcy can help free up extra cash for you, as well as wipe out abusive payday loans, interests and penalties. Call the West Palm Beach bankruptcy lawyers at Kelley Fulton Kaplan & Eller at 561-264-6850 for help.

By Kelley Fulton Kaplan & Eller | Posted on October 6, 2021
« When Your Property May Not Actually Be Your Property
How To Get Around The Chapter 13 Debt Limits »