Supreme Court To Weigh In On Automatic Stay Case 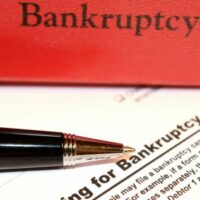 One of the benefits of filing for bankruptcy is the automatic stay that immediately comes into effect when you file. The automatic stay puts an immediate hold and a freeze on any collection attempts on you by any creditor.

It does not matter if it’s a lawsuit, a phone call, or withholding your property—no creditor can take any action against you once you file bankruptcy and all collection activities stop.

A creditor that violates the stay by trying to collect can be made to pay money to you or to your attorney through a sanction award.

But a recent case that is about to be heard by the Supreme Court is about to test the limit of the automatic stay.

Does Garnishment Need to be Dissolved?

In the case, a woman owed money to her attorney. The attorney obtained a judgment and entered a wage garnishment against her. She then filed for bankruptcy and her bankruptcy attorney insisted the prior attorney dissolve the wage garnishment, as it was a violation of the automatic stay as a collection attempt against assets of the debtor.

The original attorney refused. His position was that the garnishment was entered before the bankruptcy. As such, although the attorney could not actively collect against the debtor, he didn’t have an obligation to dissolve (or “undo”) anything that had been done before the bankruptcy and thus before the automatic stay.

The bankruptcy attorney moved to sanction the other attorney and the sanction was granted. The court found the original attorney had knowingly and willfully violated the stay.

The matter of how much a creditor needs to “unwind” collection activities once a bankruptcy is filed remains an open question, at least until the Supreme Court weighs in.

This gets especially confusing where legal actions have taken place—such as a wage garnishment, or an order to seize property—but the property still remains in the possession and control of the debtor at the time the bankruptcy is filed.

It has already been established that a debtor that validly repossessed property before a bankruptcy does not have to return the property simply because the bankruptcy is filed. The Supreme Court held that violating the stay did require an “affirmative act,” and just retaining property previously taken was not an affirmative act.

The West Palm Beach bankruptcy lawyers at Kelley, Fulton & Kaplan at 561-264-6850 can help you understand all the advantages of filing for bankruptcy.

By Kelley Fulton Kaplan & Eller | Posted on April 6, 2022
« Merchant Funding Can Get Your Business In Financial Trouble
Will You Lose Child Support Payments In Bankruptcy? »