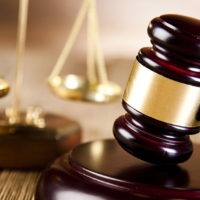 The Supreme Court recently revisited the issue of what can be classified as “actual fraud” in bankruptcy court. A 7-1 decision by the court shared a different view from that of the appellate court which was that “actual fraud” is only present when a debtor directly lies to a creditor. Therefore, if an outright lie was not communicated, the fraud could still be forgiven in bankruptcy.

The Case at Hand

The high court was ruling on Husky v. Ritz, in which the plaintiff, Daniel Lee Ritz Jr., purchased $164,000 worth of products from Husky International Electronics Inc. for his company, Chrysalis Manufacturing Corp. These purchases took place between 2003 and 2007, but Ritz never paid up. Instead, he fed over $1 million from Chrysalis into other companies he managed. Ultimately, Husky filed suit to hold Ritz accountable for the debt it was owed by his company, but before a judge could rule, Ritz filed for Chapter 7 bankruptcy.

In 2011, the bankruptcy court decided that even though Mr. Ritz’s actions contributed to the company’s financial demise, he should not be forced to repay what was owed to Husky because he never actually lied about the company’s repayment plans. When the case was taken to the Fifth U.S. Circuit Court of Appeals, the court echoed the same sentiment. However, the Supreme Court has opted to view the case under a broader scope, holding that the scheme to cheat creditors was enough to constitute “actual fraud,” a decision which could have notable implications for future filers.

What This Means for Borrowers

On one hand, the decision threatens the likelihood that debtors filing for bankruptcy will8 be able take advantage of the fresh start bankruptcy provides. While Ritz’s behavior was not exactly morally sound, taking a broad view of “actual fraud” can spell trouble for many debtors in bankruptcy court. However, on the other hand, it also serves to prevent the wrong people from benefiting from bankruptcy. Those who are guilty of fraudulent practices will be forced to answer for their actions, thus protecting the integrity of the bankruptcy system.

If you are looking to file bankruptcy, you should seek out the expertise of a West Palm Beach bankruptcy attorney before making any actions. Call the team at Kelley Fulton Kaplan & Eller today to learn more about your options.

By Kelley Fulton Kaplan & Eller | Posted on August 5, 2016
« Widows More Likely to Face Foreclosure
You Received a Writ of Possession. Now What? »