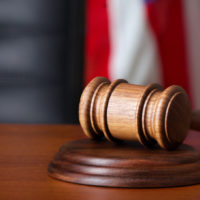 The Supreme Court recently granted certiorari for an Eleventh Circuit case that reignited a debate that has long plagued bankruptcy courts. That debate surrounds fraudulent statements, and specifically whether those made in regards to a particular asset can be perceived as a “statement respecting the debtor’s financial condition.” If so, does such a statement render that asset ineligible for discharge in bankruptcy?

As we await the high court’s answer to these questions, our West Palm Beach bankruptcy attorneys are shedding some light on the case.

Lamar, Archer & Cofrin, LLP v. Appling came before the Eleventh Circuit in 2017. The plaintiff in the case was found to have made false oral statements regarding his tax refund. Those statements allegedly led the law firm to continue representing him in a business dispute, rather than recover the refund as a means of satisfying the debts he owed the firm. Appling argued that because the statement was orally communicated, the refund was not subject to the scope of Bankruptcy Code 523(a)(2), which requires that such statements be made in writing in order to necessitate a denial of the debt’s discharge. The bankruptcy and district court went on to reject this argument, leading Appling to appeal the case to the Eleventh Circuit.

The Eleventh Circuit ultimately sided with the debtor, effectively reversing the lower courts’ decisions. The court determined the statement to be reflective of Applying’s overall financial condition, and thus under 523(a)(2) it could not be denied for discharge since it was not made in writing. The majority of Florida’s lower bankruptcy courts also interpret the code in this way, with the exception of the Fifth and Tenth Circuits. These courts instead argue that 523(a)(2) only applies to statements that explicitly address the debtor’s overall financial condition, and therefore the standards for dischargeability set forth by 523(a)(2) would not apply to statements made regarding a sole asset. However, the Solicitor General disagrees, holding that under the canon of superfluity, the code’s use of the word “respecting” opens the door to the interpretation that a statement regarding a sole asset can in fact reflect one’s overall condition. Therefore, much like the Eleventh Circuit, he supported the application of 523(a)(2) in his response to the law firm’s petition for certiorari.

The Supreme Court will weigh in on the debate before its term ends in June. Until then, our West Palm Beach bankruptcy attorneys will be keeping a close eye on the case’s progression. If you’d like to learn more about the case or have questions about filing for bankruptcy in Florida, give our office a call for a consultation.

By Kelley Fulton Kaplan & Eller | Posted on February 26, 2018
« Your Guide to the Florida Foreclosure Process
How to Dispute a Wage Garnishment in Florida »