Retirees Hope to Stay in Homes 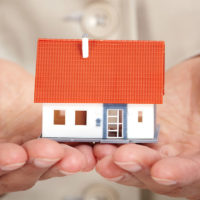 The American College of Financial Services recently released the results of a survey that among other data, reflects the vast number of current and soon-to-be retirees who wish to remain in the home they currently reside in throughout retirement.

The Home Equity and Retirement Income Planning Survey, distributed by the ACFS, revealed that fewer retirees than in years prior are looking to pick up and move. A whopping 83 percent were interested in staying put. This mindset grew as the age of respondents went up, with some uncertainty cited in those between the ages of 55 and 62, but an overwhelming desire to stay in the current home for respondents over the age of 62.

Also revealed by the survey is that those in or nearing retirement lack a basic understanding of reverse mortgages. Only 30 percent of respondents received what the organization deemed a passing grade for a basic knowledge of the practice. Which explains, perhaps, why there does not seem to be a desire to utilize this method of borrowing. A mere 44 percent have considered this borrowing option, and of that, only 25 percent deemed it an alternative they would be comfortable with pursuing. What truly makes these statistics puzzling is that only 20 percent of respondents reported that it was important that their home be left to children or heirs as a legacy. Given that there is little desire to keep home and its equity in the family, the lack of knowledge on how to utilize this equity is a bit disconcerting.

As bankruptcy and foreclosure attorneys, our team at Kelley Fulton Kaplan & Eller values being informed about the various possibilities for avoiding and freeing oneself of debt. Individuals in retirement typically lack supplemental income, and should a medical emergency or costly expenditure arise, a reverse mortgage could be the answer to those problems. If you have questions about reverse mortgages or the areas we practice, call a West Palm Beach bankruptcy attorney at our firm today to get the answers you deserve.

By Kelley Fulton Kaplan & Eller | Posted on August 10, 2016
« You Received a Writ of Possession. Now What?
Bankruptcy Options for Sole Proprietors »