Reinstating A Suspended License Through Bankruptcy 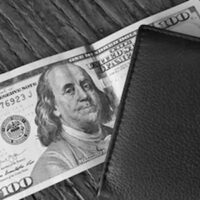 Imagine that you are driving without insurance in Florida, against Florida law that requires all drivers to carry minimum insurance. You cause an accident and you are sued. If a judgment is entered against you, and you can’t pay it, you may end up with your license suspended until you’re able to pay the judgment.

It is likely that the judgment is more than you will be able to pay. But the Supreme Court has said that if your license suspension is caused by the debt that came from the car accident, and that debt is discharged, so too must your license be reinstated.

The same applies to any suspension that comes from any failure to pay parking tickets. These kinds of tickets are usually non-dischargeable in a Chapter 7. But in a Chapter 13, you can include them in your approved Chapter 13 plan, and pay them off over the course of the plan.

The same applies to child support payments, which can also lead to the suspension of a driver’s license if the debts aren’t paid. These debts also are not dischargeable, but can be included in a Chapter 13 plan, and you can request that your license be reinstated if you are current with your plan payments.

Although a Chapter 13 plan is usually five years, in many cases, upon presenting proof that you are current on an approved Chapter 13 plan, the Department of Motor Vehicles will reinstate your license before you have completed the five year plan and obtained your discharge.

The reinstatement of a license won’t work in all cases. Any suspension that arises from an accident when you were driving under the influence and you caused injury will not result in reinstatement of your license should you file for bankruptcy. Criminal penalties assessed because a DUI or punitive damages resulting from a DUI are not dischargeable, and the debtor’s license won’t be reinstated, even if the obligation is being paid back through the bankruptcy plan.

Any injury that you cause which is intentional, willful or malicious (as opposed to just being careless or negligent) where your license is suspended won’t lead to reinstatement of your license if you file for bankruptcy.

The rule of thumb is that if the debt is dischargeable, and your license was suspended, it will be reinstated with the bankruptcy filing or with the discharge.

Bankruptcy can help you in more ways than you may think. Call the West Palm Beach bankruptcy lawyers at Kelley Fulton Kaplan & Eller at 561-264-6850 for help today.

By Kelley Fulton Kaplan & Eller | Posted on May 19, 2021
« Why Would A Bankruptcy Trustee Abandon Property?
Deficiency Judgments And Bankruptcies »