Paying an Insider Before Filing for Bankruptcy? Watch Out… 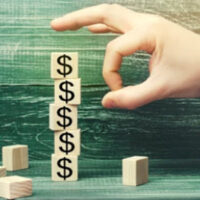 In bankruptcy, all creditors are supposed to be treated equally. The debtor, presumably, has limited if any resources or assets, and it is up to the court to make sure that all creditors get whatever the debtor has, equally (or at least, in whatever way the law says that the debtor’s assets should be distributed to creditors).

This is why you are not allowed to just pay a creditor more than you normally would within 90 days before filing for bankruptcy. But that 90 day limit expands to 1 year if the preferential payment is made to what is known as an insider.

What is an Insider?

But bankruptcy courts have expanded the definition of what an insider is to go beyond just the list that’s in the code. In one case, a debtor paid back a loan to a boyfriend, before filing for bankruptcy. Because boyfriends or girlfriends are not specifically listed as insiders in the bankruptcy laws, the debtor argued that her payment could not be considered an insider preferential payment.

The court also found that the loan was legitimate, even though it wasn’t in writing. There was an expectation that the loan would be repaid, a promise to repay, and amounts loaned and repaid were documented.

Because of this, the court said that the boyfriend was not an insider, and thus, the 90 day window, and not the extended 1 year window to undo or claw back preferential payments, would apply.

However, insider transactions can be case and fact-specific and can end up challenged by creditors. Make sure you have an attorney to help you with your bankruptcy to avoid these kinds of problems. Call the West Palm Beach bankruptcy lawyers at Kelley Fulton Kaplan & Eller at 561-264-6850. Let our bankruptcy attorneys help and advise you in your bankruptcy case.

By Kelley Fulton Kaplan & Eller | Posted on March 3, 2021
« Bankruptcy and Medical Bills
All About Cars in Bankruptcy »